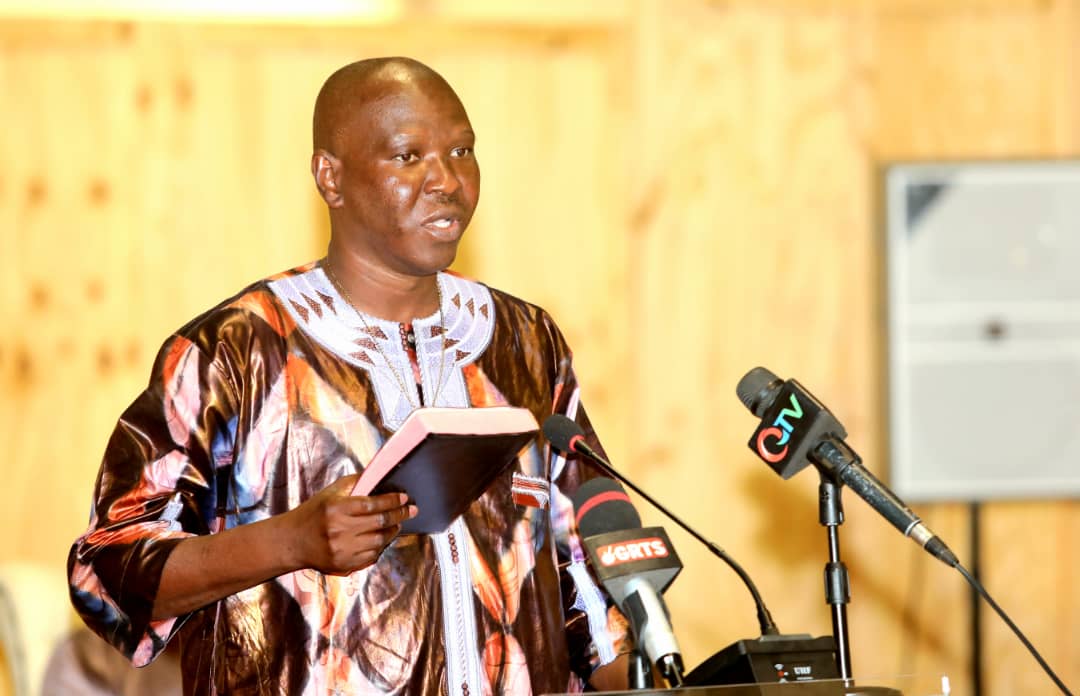 A fifth commission member (Vice Chairman) of the Independent Electoral Commission (IEC) was sworn in on 13th April 2021, completing the set up of five-member commission as mandated by law.

Presided over by the President Mr Adama Barrow at his office at State House today, Mr Joseph Colley took three oaths of office, secrecy and allegiance. He swore to carry out his duties without fear or favour, affection or ill-will in accordance with the Constitution and other laws of The Gambia.

Commissioner Colley in his statement thanked the Gambian leader, His Excellency Mr Adama Barrow for the appointment and assured him that he will execute his functions as expected of him.