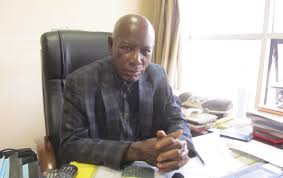 The Independent Electoral Commission, in exercise of its mandate under section 46 of the Constitution of The Gambia and Section 40 of the Elections Act, wishes to inform the general public that election to the office of President of the Republic of The Gambia will be conducted on Saturday 4th December, 2021.

The public is hereby informed that the IEC, acting under Section 47 of the Constitution and 42(1) of the Elections Act will receive nomination of candidates for the said election of President of the Republic of the Gambia from 30th October, 2021 to 5th November, 2021 between the hours of 8 o’clock in the fore noon and 4 o’clock in the afternoon at the IEC Headquarters, Bertil Harding Highway.

In exercise of its powers given in Section 85 of the Elections Act, the IEC wishes to announce that the campaign period for the said election shall be from 9th November, 2021 to 2nd December, 2021.

The public is hereby also notified under Section 5(2) of the Elections Act that the appointed Returning Officer for the election to the Office of the President of the Republic of the Gambia is Alieu Momarr Njai, Chairman of the IEC.

Nomination papers can be collected from the IEC Headquarters from 30th September, 2021.