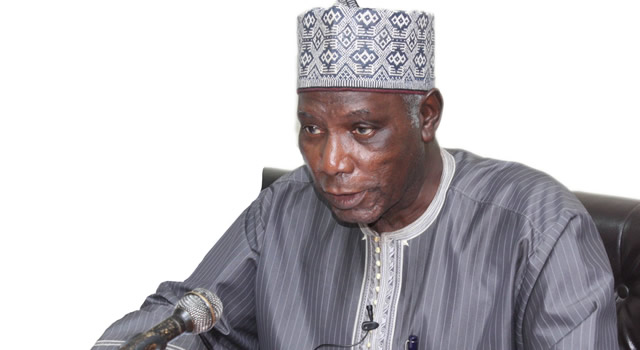 Distinguished Members of the Commission

Members of staff of the IEC

I am pleased to welcome you all to this very important occasion which is yet another key milestone in the electoral history of The Gambia.  The Commission had recently launched a calendar of activities leading to the Presidential Election of 1st December, 2016. This training is an important aspect of the electoral activities.  The training is aimed at sensitizing the Political parties and Candidates on their roles and responsibilities in the electoral process.

An EMB is an organization or body that has the sole purpose of, and is legally responsible for, managing the elements that are essential for the conduct of elections and direct democracy instruments—such as referenda etc. These essential (or core) elements include:

The Independent Electoral Commission (IEC) was established under   section 42 of the 1997 Constitution of The Republic of The Gambia.

It operates under the motto “Fair play, Integrity and Transparency which ideals it has lived up to over the years.

The Independent Electoral Commission is made up of two distinct parts:

The former directs the policies of the commission and the latter implements the adopted policies.

The IEC has a Regional Office in each of the seven Administrative Areas of the country. This strategy facilitates easy implementation of its policies and the conduct of electoral activities across the country. Each Regional Office is under the direct oversight of a member of the Commission, who also acts as Returning Officer for elections in their area except for the Presidential election.

Subject to Section 43 of the Constitution of The Republic of The Gambia, the Independent Electoral Commission shall be responsible for :

(b) the conduct of the election of a speaker and a Deputy Speaker;

(c) the registration of political parties;

(d) ensuring that the dates , times and places of public elections and referenda are determined in accordance with law and that they are published and elections held accordingly;

(e) ensuring that candidates in elections make a full declaration of their assets at the time of nominations.

(2) The Commission shall announce the results of all elections and referenda for which it is responsible.

(3) In the exercise of its functions under this Constitution or any other law , the Commission shall not be subject to the direction or control of any other person or authority .

The Mission of the Commission is “to provide the Gambian people with an independent and efficient electoral process that is based on fairness, transparency and trust and supported by competent staff for the democratic conduct of all public elections and referenda.

Furthermore, the Commission is committed to maintaining a credible voter’ register and carrying out continuous voter education.

And the vision of the Commission is “the Independent Electoral Commission (IEC) will evolve into an efficient and effective institution that is adequately staffed and resourced, and responding to national need for full participation in the electoral processes and, leadership that will promote harmony, democracy and progress.”

In the execution of its mission and to help realize the vision, the Independent Electoral Commission as an Election Management Body (EMB) is guided by core values or principles which are also in line with internationally accepted guidelines, including but not limited to:

EMBs are as such very important organs in a democracy since elections are the channel through which citizens(voters) have to pick leaders of their choice to represent them in governance structures such as Parliament, local governments and presidency and in as far as voters enforcing their power of:

As in my previous deliberations, I alluded to the fact that the stakeholders in the electoral process are many and varied. However, the political parties are primary stakeholders and so the reason for this conclave between the Political Parties and Candidates and the Commission is for us to search for avenues of improvement in the electoral process.

The role of political parties is very important because representative democracy cannot exist without them; for attempts at having democratic government without parties have generally and consistently failed in our region in particular and Africa in general.

I enjoin all political parties and candidates to keep on adding more value to what they are doing which include:

And above all nurturing and preserving peace in this our beloved country.

The Chief Electoral Officer Mr. Sambujang Njie and his team will take you through the Elections Amendment Act, Re-demarcation and the electoral process which includes: electoral campaign, polling, counting and declaration of results.

This process will clearly demonstrate that Gambian elections are free, fair, transparent and accurate. NO ONE CAN RIG IT !!!

From the registration of voters through the fool-proof biometric voting card system, during which candidates and party agents are welcomed to be present and to object to anyone whom they consider not eligible to poses a voter’s card, and if that objection is not satisfactorily dealt with there and then on the spot, the objector has the option to take it to the judge appointed to deal with such cases.

It is satisfying to state that during the last supplementary registration of voters stretching from 14th January to 12th March 2016 country-wide, not a single case was brought before any of the Judges appointed in all the Administrative Regions specifically to address such cases. The issue therefore that non-Gambians are voting cannot be justified. ALSO NO ONE CAN VOTE TWICE !!!

IT MUST BE APPRECIATED THAT THE TOTAL NUMBER OF IEC PERMANENT STAFF MEMBERS DURING THE WHOLE EXERCISE COUNTRY-WIDE IS LESS THAN 20 IN THE FIELD.

The transparent preparations at each and every polling station before the commencement of voting; procedures during and after voting reinforced by the on the spot counting witnessed and endorsed by all party agents; the collation of results which are also endorsed by party agents at the 7 Administrative Regional collation centres as swell as the announcements of results by the Returning Officer also witnessed by party agents as well as the media at Election House are all free, fair, accurate and transparent.

WE GAMBIANS SHOULD PRIDE OURSELVES THAT OUR ELECTORAL SYSTEM IS SECOND TO NONE AND WORTHY OF EMULATION. THAT THE IEC WILL IMMEDIATELY ADDRESS ANY QUERY OR OBJECTION RAISED BY ANY REGISTERED POLITICAL PARTY, CANDIDATE OR PARTY AGENT ON ISSUES IMPACTING ON THE ELECTORAL CONDUCT OR PROCESS.

It is should be appreciated that the solid foundations laid by The IEC over the years is such that our electoral system is second to none and I must therefore seize this opportunity to gratefully thank and congratulate my immediate predecessor Alhagie Mustapha Carayol for his immense contributions towards the realisation of the progress, aims and objectives the IEC has achieved today that is worth emulating. It is therefore incumbent on us to continue improving the standard, level and quality the Independent Electoral Commission has achieved.

On that note, I urge you all, to fully participate in the deliberations to make the training a success. It is my singular honour and privilege to declare this sensitization meeting opened.

I thank you for your kind attention.