A brief History of Politics and Elections in The Gambia

During the late 17th and throughout the 18th century, England and France struggled for political and commercial supremacy in the region of the Gambia and Senegal Rivers. At the treaty of Versailles, in 1783, Great Britain was given possession of The Gambia, but France retained a tiny enclave at Albreda on the north bank of the River Gambia, which was later ceded to the British in 1857.

At the Berlin Conference of 1889, the final (and present) boundaries of The Gambia were established, and The Gambia became a British Crown Colony, divided for administrative purposes into the Colony (the city of Banjul and the surrounding area and Georgetown (now Janjanbureh) an island in the MacCarthy Island Division (now Central River Division) and the protectorate (the rest of the country).

The first political parties were formed in the early 1950s. Rev. John Colley Fye founded the Democratic Party in 1950; Mr Pierre S. Njie formed the United Party in 1952 and the same year, I. M. Garba Jahumpa founded the Muslim Congress Party.   The Protectorate People’s Party (PPP) (later the People’s Progressive Party) was formed in 1959 under the leadership of Mr Dawda Kairaba Jawara.

The first general elections were held on the 31st of May 1960 with the United Party of Mr Pierre S. Njie and the newly formed Protectorate People’s Party contesting the elections. Mr P. S. Njie became Chief Minister and Head of the Coalition Government and Mr Dawda Kairaba Jawara was appointed the first Gambian Education Minister. In the same year, a new Constitution with universal suffrage was introduced with the voting age set at 21 years.   At this time in the history of The Gambia, in every Administrative Area the Registering Officer carried out a General Registration of voters for each constituency in his administrative area. Supplementary registration exercises were carried out every year other than a general registration year. The PPP with the majority of seats in the 1962 General Elections formed the government and Mr Dawda Kairaba Jawara took office as the Premier of The Gambia and spearheaded the movement towards complete independence.   Full Internal Self–government was granted in 1963.

The Gambia attained independence on the 18th of February 1965 as a Constitutional Monarchy within the British Commonwealth. Following a referendum, The Gambia became a Republic on the 24th of April 1970.   After independence, in both the 1966 and 1972 elections, the PPP continued to dominate the political scene of the Gambia.   The National Convention Party (NCP) was formed on the 7th of September 1975 with Mr Sheriff Mustapha Dibba, former Vice President, Minister of Finance and a former member of the PPP, as the party leader. The general elections were held in 1977 and the PPP was returned to power again with a majority.

Again, at the April 1982 Parliamentary and First Presidential elections, the PPP won a majority of the seats of Parliament and Sir Dawda Jawara was confirmed in Office as President of The Republic of the Gambia.   The People’s Progress Party (PPP) was again successful in the 1987 Parliamentary and Presidential elections.   On the 29th of April 1992, the last General (Parliamentary and Presidential) elections were held under the First Republic. Five parties contested for the Presidency. The PPP won those elections also.   The People’s Progressive Party, under the leadership of President Sir Dawda Kairaba Jawara dominated the Gambian political scene for nearly 30 years. After taking a lead role in the struggle for complete independence from the Colonial Government, the PPP was voted into power and was never seriously challenged by any opposition party.  It is clear from the above that elections have been conducted on a regular basis since independence. The Permanent Secretary of the Ministry of Local Government conducted and supervised these elections. The Returning Officers were the Commissioners of the various Administrative Areas.

Before the military staged a coup d’etat in July 1994 and the Armed Forces Provisional Ruling Council (AFPRC) deposed the democratically elected government of Sir Dawda Kairaba Jawara, The Gambia was one of the oldest existing multi-party democracies in Africa. Following the coup, Lieutenant Yahya A. J. J Jammeh became Chairman of the AFPRC and Head of State.   After the military coup, politicians from the deposed President Jawara’s      People’s Progressive Party (PPP) and other senior government officials were banned from participating in politics until July 2001 when Decree 89, which imposed the ban, was lifted.

The AFPRC Government announced a four-year transition plan (which was later reduced to two years as a result of public outcry against the former), for the country to return to democratic civilian rule. A seven-member Provisional Independent Electoral Commission (PIEC) was established on the 20th of December 1995 charged with the responsibility of conducting and supervising public elections and referenda in The Gambia among other things during the transition period.

The PIEC was dissolved and the Independent Electoral Commission (IEC) was formed on the 17th of April 1997.   The PIEC embarked on a Voter Registration exercise, from 13th May to the 22nd of June 1996. The result of this exercise was crucial for the conduct of the referendum and elections that followed it.   On the 8th of August 1996, a referendum on the Revised Draft Constitution was conducted and supervised by the PIEC. Shortly afterwards the Presidential and National Assembly elections were held on the 26th of September 1996 and 2nd of January 1997, respectively.

The IEC conducted a General Voter Registration exercise from the 22nd of May 2001 to the 30th of June 2001. After the compilation of the voter registers the IEC conducted the Presidential election on the 18th of October 2001 during which President Yahya Jammeh was re-elected for a second five-year term. Five registered political parties contested in this election.(Link to 2.2.3)   The National Assembly and Local Government elections were held on the 17th of January 2002 and on the 25th of April 2002 respectively.

Voting System in The Gambia

This system was introduced for two main reasons: 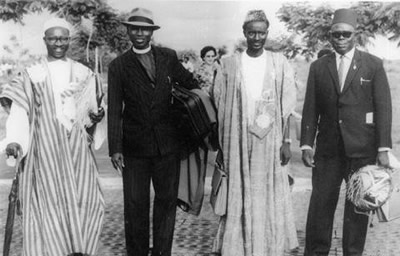